Good friend’s Liz and Chris are long-standing members of dates-n-mates Aberdeen. They have been members of the project since only a few months after the Aberdeen branch launched in 2015.  Liz actually encouraged Chris to join!

Our Volunteer, Elena, interviewed both members about their experiences with dates-n-mates and how the project has affected their life. We will be sharing their views (and other member stories) over the next few months.

One member event that Liz and Chris highlighted was a visit to the Peterhead Prison Museum for one of the Aberdeenshire events. dates-n-mates Aberdeen go to a location in Aberdeenshire at least once every 2nd month. Both thought this visit was an interesting experience and really enjoyed it. Liz remembers everyone helping each other during the trip, for example, by ensuring that everyone got the bus together from Aberdeen bus station. 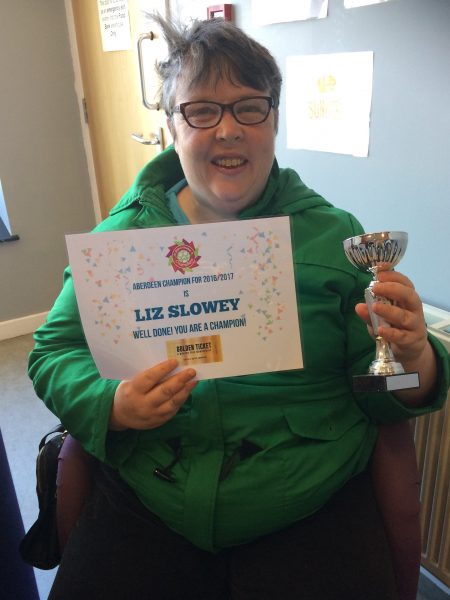 Liz is a very independent member and she thinks that many people are a lot more capable than they think they are. This is one reason that she thinks that confidence building training is so important. Both Liz and Chris attended the confidence building workshop organised by dates-n-mates recently and led by Director Sarah. The most helpful lesson Liz learned from the workshop was;

“we learned we were not alone and everyone has problems, we just have to learn to manage and overcome them”. 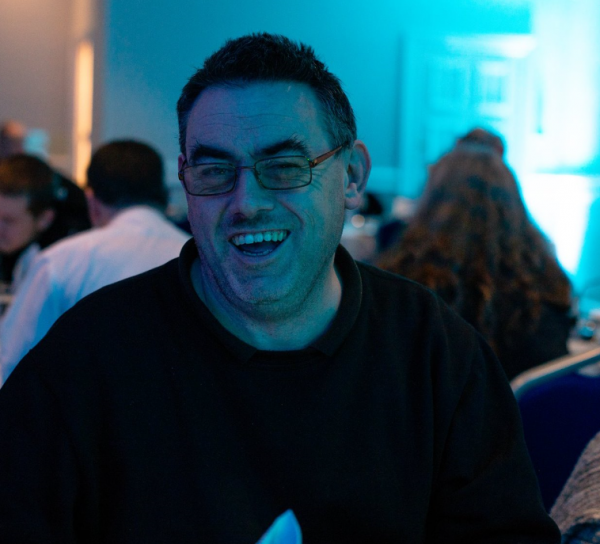 Chris also found the confidence building workshop useful. He says his confidence has ballooned since attending!

Chris also expressed that he has used this confidence in his new jobs as a janitor and in a shop. He says that because of the workshop he does not feel stressed at work, even though he is handling money. He is also getting more and more responsibility, which he is excited for.

Chris also highlighted that the anti-stress sensory workshop ran by dates-n-mates has helped him too. Nowadays, if he feels he is getting nervous, he counts backwards to calm himself down.

Both members say they are always very pleased about how well the events are organised. For example the recent Fireworks night on Guy Fawkes. The evening started with the group having dinner. Liz explains that event coordinator, Nicola, solved a situation at the restaurant very well. The waiters were reluctant to split the bill for the members, but Nicola was persistent and ensured everything worked out. 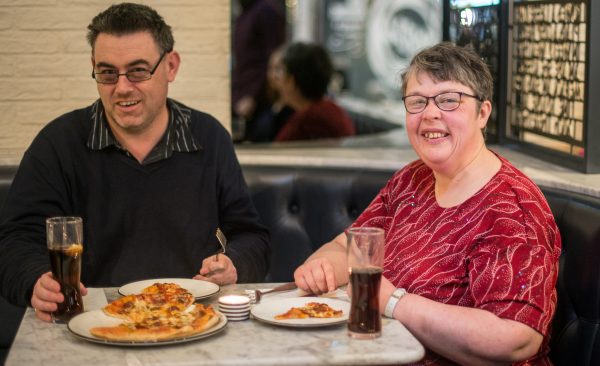 The next event Liz and Chris are looking forward to is the Christmas party, mostly because there will be good food, Liz laughs. Events with food are often popular!

Along with social events, the project also offer dating support. Liz is one member who has had a chaperoned date through dates-n-mates Aberdeen. When she knew she wanted to go on a date she spoke to Laurie (dates-n-mates staff member currently on maternity leave). They went to eat at Frankie’s and Benny’s on their date and they were given a bit of space. Dates-n-mates helped and supported both members throughout the process, which Liz is thankful for. She remembers her date, Cameron, being respectful and lovely. She enjoys seeing him at dates-n-mates events but due to some personal issues they have not had another private date yet. She looks forward to this in the future though.

Volunteering with the project

Another aspect Liz loves about dates-n-mates is that if you suggest something they will often follow through. For example, the recent cocktail event where the members were able to do their own cocktails was suggested by the members. The event was very successful, and some of the members even dared to use the flambé machine for some of the drinks! Both Liz and Chris find that being involved in the decision-making feels very good and rewarding.

They both are actively involved with the project in a variety of ways from helping at the events to recruiting their friends as members. Chris has recently helped 2 of his friends complete the application form and has another neighbour he thinks would enjoy the events.

Liz hopes that as many people as possible continue to join dates-n-mates. She is very grateful for the amazing people she has met, who she would not have met otherwise.

dates-n-mates Aberdeen are very thankful for the support of both Liz and Chris and have enjoyed seeing their confidence grow over the years.

Dates-n-Mates is Scotland’s national dating and friendship agency run by and for adults with learning disabilities.

Listen to our Podcast

Friendly conversations with direct experiences and opinions from people with learning disabilities brought to you by Dates-n-Mates Directors.

We use cookies on our website to give you the most relevant experience by remembering your preferences and repeat visits. By clicking “Accept All”, you consent to the use of ALL the cookies. However, you may visit "Cookie Settings" to provide a controlled consent.
Cookie SettingsAccept All
Manage consent

This website uses cookies to improve your experience while you navigate through the website. Out of these, the cookies that are categorized as necessary are stored on your browser as they are essential for the working of basic functionalities of the website. We also use third-party cookies that help us analyze and understand how you use this website. These cookies will be stored in your browser only with your consent. You also have the option to opt-out of these cookies. But opting out of some of these cookies may affect your browsing experience.
Necessary Always Enabled
Necessary cookies are absolutely essential for the website to function properly. These cookies ensure basic functionalities and security features of the website, anonymously.
Functional
Functional cookies help to perform certain functionalities like sharing the content of the website on social media platforms, collect feedbacks, and other third-party features.
Performance
Performance cookies are used to understand and analyze the key performance indexes of the website which helps in delivering a better user experience for the visitors.
Analytics
Analytical cookies are used to understand how visitors interact with the website. These cookies help provide information on metrics the number of visitors, bounce rate, traffic source, etc.
Advertisement
Advertisement cookies are used to provide visitors with relevant ads and marketing campaigns. These cookies track visitors across websites and collect information to provide customized ads.
Others
Other uncategorized cookies are those that are being analyzed and have not been classified into a category as yet.
SAVE & ACCEPT
Font Resize
Contrast
Accessibility by WAH